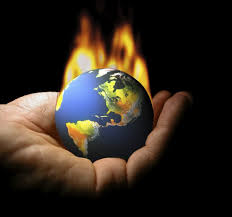 Odd how something like a cancer diagnosis can make everything else that’s going on in the world around us seem less tragic and somewhat unimportant.

The crisis in Gaza, child immigrants crossing the Texas boarder alone, the MH17 bombing, Lebron leaving Miami (just kidding about that one)… these are all very disturbing world events, but when your kids got cancer, they just don’t pack the same punch.

There have been people who thought that I was a bit of a “B.”  Tough as nails.  A loud, pushy, aggressive American…  but really, I’m a very sensitive soul.  I cry at almost anything; become nostalgic and retrospective around the holidays;  lose sleep wondering if the homeless guy I gave money to, really bought food like he promised and in general worry a lot about things that are really none of my business.

There have been times that I’ve had to stop watching the nightly news for long periods, because I became too emotionally involved in the daily headlines! Scenes from war torn countries or images of kidnapped schoolgirls left me in tears and kept me up at night negotiating with God, on their behalf.  …but then your kid gets CANCER, and all bets are off.

The majority of my time is now spent negotiating my family’s current situation with God and worrying about Arielle. My mind is littered with questions like: Can you give it to me instead? Is she eating enough? How bad is the nausea? Maybe if I had been a better mother? Could she get it later in life? Is she really as cool and calm about all this, as she appears? Why is this happening to us? How do we know the chemo is working? Is she tough enough?

The images of the Israelis and Palestinians killing each other leave me numb.  I’m unfazed by journalist’s descriptions of the bodies and personal belongings strewn about the fields in the Ukraine.  Man’s inhumanity to man no longer conjures up emotions of rage, confusion, disbelief, grief.

Hmmm? It seems I now have one more thing to worry about… what is this monster I’m becoming?