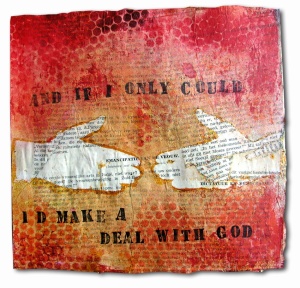 The train trip from Brighton to Dover takes about 2 1/2 hours, so there’s a lot of time to just be by yourself, think and be introspective.

I inevitably started thinking about Arielle and the fact that she has cancer and how unfair that is since she is so young and has a whole life of experiences ahead of her.  This led to my thinking about how old I am (I believe the saying is “as old as dirt”) and how much I’ve experienced in my life. This led to my negotiating (making a deal if you will) with God.

Yes, you know what’s coming….  “Let Arielle get through this and be cancer free for another 40-50 years and take me now, instead”

This thought process brought about the most remarkable epiphany; I have had a fucking AMAZING life! No, seriously, I have had the most fantastic, phenomenal life a person could have!  I mean a regular person, not a Paris Hilton kind of person. Here are some of the highlights!

All in all, it has been one hell of a journey and if it did end right now, if God accepts this deal, I would have absolutely not one single regret! I have lived my life on my terms, learned from my mistakes and most importantly I have loved and I have been loved.

So if by chance I suddenly turn up dead, as in I’m hit by a meteor, slip through the infamous”gap,” or perhaps fall off one if those cliffs Nick is always taking me to… It’s okay. I’m good with it… It’s all part of a deal, that I got the better part of!