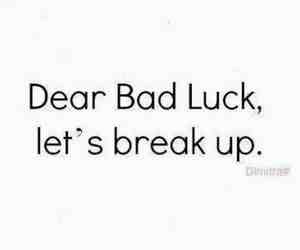 As previously mentioned, my life is nothing, if not constant change.  However, not all the change has been good. Let’s just say Lady Luck has not always been by my side.  There have been times when she’s been MIA.

This week was one of those times.

As we moved out of the “Money Pit,” and into our rental, we were optimistic that life in the new place would afford us some much needed rest and relaxation. No more worrying about leaks, roof repairs, the effects of the sea air on metal window frames, etc… An end of an era and a new beginning.

On Tuesday, after an early start, Nick and the guys from New Leaf Moving Company walked into the new flat, with the first load of boxes, bags and furniture. But not all was well, something was terribly wrong.  It seems a 3-4 square foot section of the entrance hallway ceiling, was lying on the floor.  For no apparent reason the plaster had just come loose and had fallen to the floor. No water or damp, no earthquake, nobody in the flat above practicing their sledge hammer skills (that we know of).  …but yet there it was, the ceiling, on the floor.

They cleaned up the mess and carried on with the move.  When Nick called me (I was back at the old flat, tidying up) he sounded guarded and like he was playing down the damage.  He had already called the landlord who (Thank God) was apologetic and said he’d send someone over as soon as possible.

I guess it was shortly after the phone call that I noticed the dull ache in my head.  Stress, just stress.  A few hours later,  after sneezing several times,  I felt my muscles aching. Must be from moving furniture and lifting boxes.  Hmmm? The scratchy throat must be from all the dust kicked up in the move.

Several hours later, we were in. Boxes and furniture everywhere, but we were in. I started in the kitchen and must have gotten through at least 2 or 3 boxes before being overwhelmed with the feeling of extreme exhaustion. That was it for me, not yet 2:00 and I was down for the count.  As the afternoon wore on, it became evident, I had some horrible flu like virus.

Day two at the new place, began at 7:45am when the builder arrived to check out the damage.  His first words were, “I have never seen anything like that!”

From my sickbed, (Oh… I am sick.  I believe the saying is “as a dog!”) I heard him tell Nick that he’d take a trowel to the edges, just to see how extensive the damage was. About an hour and a half later the entire 30 foot long hallway ceiling was on the floor.  He explained the ceiling had been re-plastered about 2 months ago and for some reason the plaster hadn’t cured.  The whole ceiling needs to be redone! And, to be on the safe side, all the rooms need to be checked because they were all done at the same time, and they may start breaking away as well! Oh goody.

Later that day, with my temp spiking and my ability to distinguish reality from my hallucinations diminishing, I realised day two had been a total wash. We still had boxes everywhere and a plaster-less ceiling.

Day 3 began with the locksmith arriving at about 9:00.  I forgot to mention it took us 20 minutes to open the front door, the first time we entered the flat, because the locks, both of them, are officially “fucked.”  Again, the new landlord was right on it and sent a locksmith as soon as he could. Unfortunately, they did’t have the popular,  brushed silver lock set (to match the mailbox slot) so we will just have to wait a few days. No biggie!

So now it seems things are looking up…. My fever has broken and I now just have the worlds worse head cold.  And although my left eye has a mind of its own and is weeping uncontrollably, only the left side of my sinuses is totally blocked, so I can still breath… Sort of.

Tomorrow is another day, maybe Lady Luck will stop by.  I hope she can unlock the door!