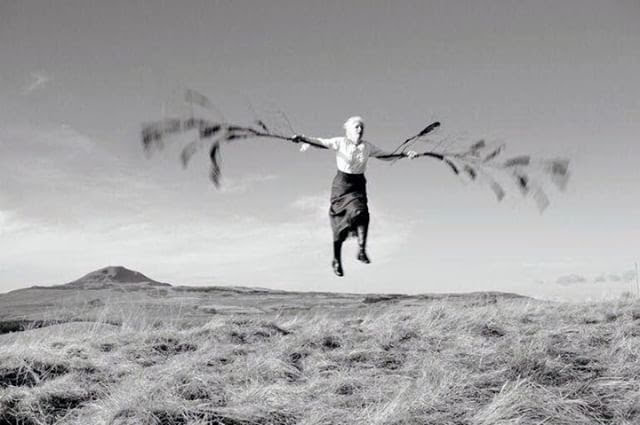 I worked a 7:00 to 3:30 shift (on the Bristol Ward) at the Royal Sussex County Hospital, in Brighton. It was a busy Ward, but God I loved it.  I was the ward Administrator. I answered phones, admitted/discharged patients, kept patient Notes updated and consolidated, fetched “this or that” for the doctors and nurses, etc.  It could get a bit stressful, sure, but I loved the adrenaline and I loved working in that environment.

The day was uneventful until about 2:00 in the afternoon, when I felt a headache coming on.  Not unusual for me, as I used to get headaches fairly often. I thought nothing more of it.

It wasn’t until I took my seat on the bus, that I realised I had a really raging headache, and somehow it felt different than the headaches I was used to getting.

As the Number 7 bus plugged along Western Road, I became more and more aware of this excruciating pain in my head and neck;  and an overwhelming feeling of exhaustion that was washing over me.

Thank goodness the day was done, I’d be home soon and relief would surely be on it’s way… or so I thought.

When I arrived home, I had enough energy pop a few Ibuprofen, hit the couch and pass out.  When I woke up, about and hour and a half later, the room was dark, I was disoriented and I was definitely still in pain!

There were trips to the GP;  who sent me, not once, but twice to A&E, where I sat for more than a total of 15 hours.

The first time, I went to A&E, I was there 9 hours. They took a history and eventually took blood and then I waited…. and waited… and waited.  The Junior doctor came by about 1:00am and said she thought it was GCA (“What the fuck is GCA?” I remember thinking) She wanted to start me on steroids and she wanted me to see an Ophthalmologist, at the Eye Clinic first thing Tuesday morning. She just needed to speak with the A&E Consultant and get everything organised.

I waited another hour, at least, and she finally came back to get me.  We went into a lounge like area where a man, in his 40’s maybe, dressed in red scrubs, started “grilling” me about my symptoms.  (Now mind you, I had not requested, nor had I been offered any type of pain relief, in the 8 hours I had been there. However, I had the distinct impression that “he” thought I might be there for “drugs.”)

After 10-15 minutes of “back and forth,” the cocky, Consultant, in his red scrubs,  just blurted out, “I don’t think you have GCA.”  I could feel all of the air being sucked out of the room along with the Junior Doctor’s confidence.

He followed that up with, ” I believe you have a migraine.”   Hmmm?  I’ve had migraines most of my adult life.  I know what they feel like… and this isn’t “it.”  Also, I have never had a migraine last for 29 days, which is now how much time has passed since that fateful Monday, November 13th.

The second time around they {A&E} took a bit more of an interest!  The exact diagnoses was still not 100% definitive, but “they”  (the powers that be) were leaning in favour of the original diagnosis, Giant Cell Artiritis or GCA.

“What the hell is GCA,” I could hear myself saying, yet again.

I was convinced (after a lot of push-back) that I needed to be put on high dose steroids immediately (after all, I could lose my eyesight at any second!)  Really?  Where the hell was this urgency a week ago?

Anyway, the rest, as they say…  is history.

It was/is indeed GCA, with a side dish of PMR, and I have run the gamut of both of these AI illnesses!

There have been ups and “yes,” there have been plenty of downs and I have picked up some other strange new afflictions along the way, just because I’m me and like to spice things up!

But if nothing else, it has been quite the “learning experience.”

My husband, it turns out, is my very best friend in the world and that he really does love me unconditionally.  Imagine that?

My daughters are probably afraid of losing me and that they find it hard to accept that I am getting old and more frail than I used to be.

A true friend sticks around no matter what.  A true friend gets that you’re ill and they adapt to the “new” rules of the friendship, as they’re dictated by the illness.

Regardless of our current health situation, we are all dying.  Some of us know and accept this fact; while others either pretend it’s not happening to them, or they convince themselves they have time.

I have learned all of this and so very much more…  so, I guess in many ways, having these illnesses have been a blessing, as they have opened my eyes to things I may never have seen.

It was a blink of an eye.

It was a lifetime.