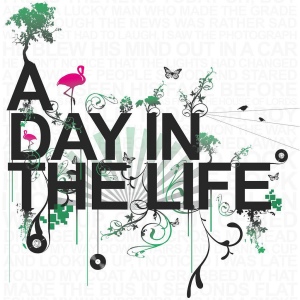 The trip from Brighton to Dover (as in the White Cliffs of) took us about two and half hours.  A quick change of trains at Ashford and we were there.

We had not visited Arielle and Rich in their new digs previously, but I really wish we had, so that our first visit wasn’t under such strained circumstances.  We arrived around noon yesterday and because I’m still coughing and sound a bit like Typhoid Mary, I walked right by Arielle lying on the couch and walked straight into the kitchen to start cooking, cleaning and staying out of the actual living area.

A quick look at Arielle, as I swept swept by her, told me she was pale and looked tired and thin. In only 6 days chemo has kicked her butt.

She laid on the couch for most of the day as I cleaned the kitchen top to bottom. Nick was sent to ASDA to do the “big shop” and Rich was at work, doing his thing.

All in all it was a pretty normal and uneventful day, with the exception that nothing was normal. There is nothing fucking normal about any of this!

Today was fun, Miss Arielle had her nails done (banana yellow) and her hair cut again (kind of Anne Hathaway a month or so after Les Miserables.)  We had been out for a few hours, but she quickly became really tired so here we are, back at the ranch.

It’s hot, we’re all tired, and just sitting around watching TV…  there is nothing normal about any of this, but there is nowhere on earth I’d rather be.

Arielle and her new doo! 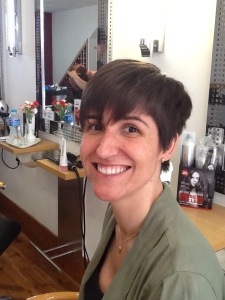